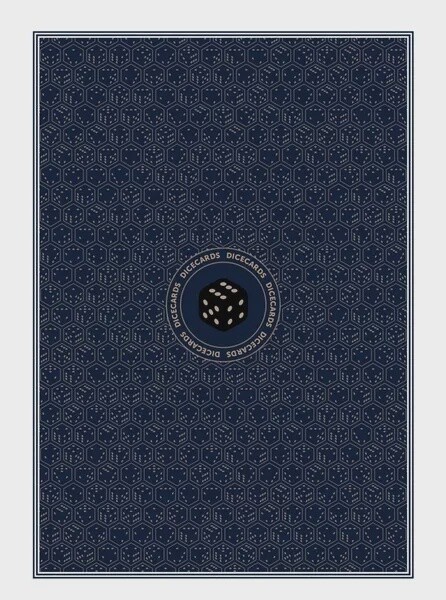 Dicecards are a new geektastic take on generating random stuff for games. This deck of playing cards feature more than thirty random elements, even a full set of Werewolf roles!
Every element is explained in detail in the bits page (on dicecards.com) and in the accompanying instructions. The cards are designed so drawing a card from the pack has exactly the same probability distribution as rolling the dice, so the results are always fair.

While you can play many games using the elements on the cards. There are instructions to play 3 unique games exclusive to Dicecards:

Pirate Dice
The aim of the game is to collect the most treasure. To collect treasure you'll need to sail the high seas, avoiding rival pirates, following treasure maps, and finding keys to unlock the treasure chests. Each player takes their turn to collect as much treasure as possible by drawing cards and pressing their luck. When every player has taken their turn, the player with the most treasure wins.

Dungeon Crawl
A "dungeon crawl" themed timed game using several elements on the cards.
Dungeon Crawl can be played solo, or competitively among any number of players. When played with multiple players, each player plays on their own, in turn, and the highest scoring player wins. Players choose a Brawler, Archer or Mage and this determines what elements they use from the cards in order to defeat 'monsters' and score points.

DiceCards Mini-RPG
Thee Dicecards RPG is a generic action resolution and character development system for tabletop role-playing games. The different elements on the cards are used for conflict resolution.
The game is split into scenes, which are continuous chunks of action, separated by times when the characters can take a break and recuperate. During a scene, a player may play one of her character’s cards to carry out some action in the game. When playing a card, the character declares which attribute the card is being played for. Once a card is played, it cannot be played again for the remainder of the
scene. It also has rules for character development.

There are many other games that can be played with the cards, including: Werewolf, Cities of the World, Craps, Dreidel, Slots (Fruit Machine), Dominoes, Word Maker etc