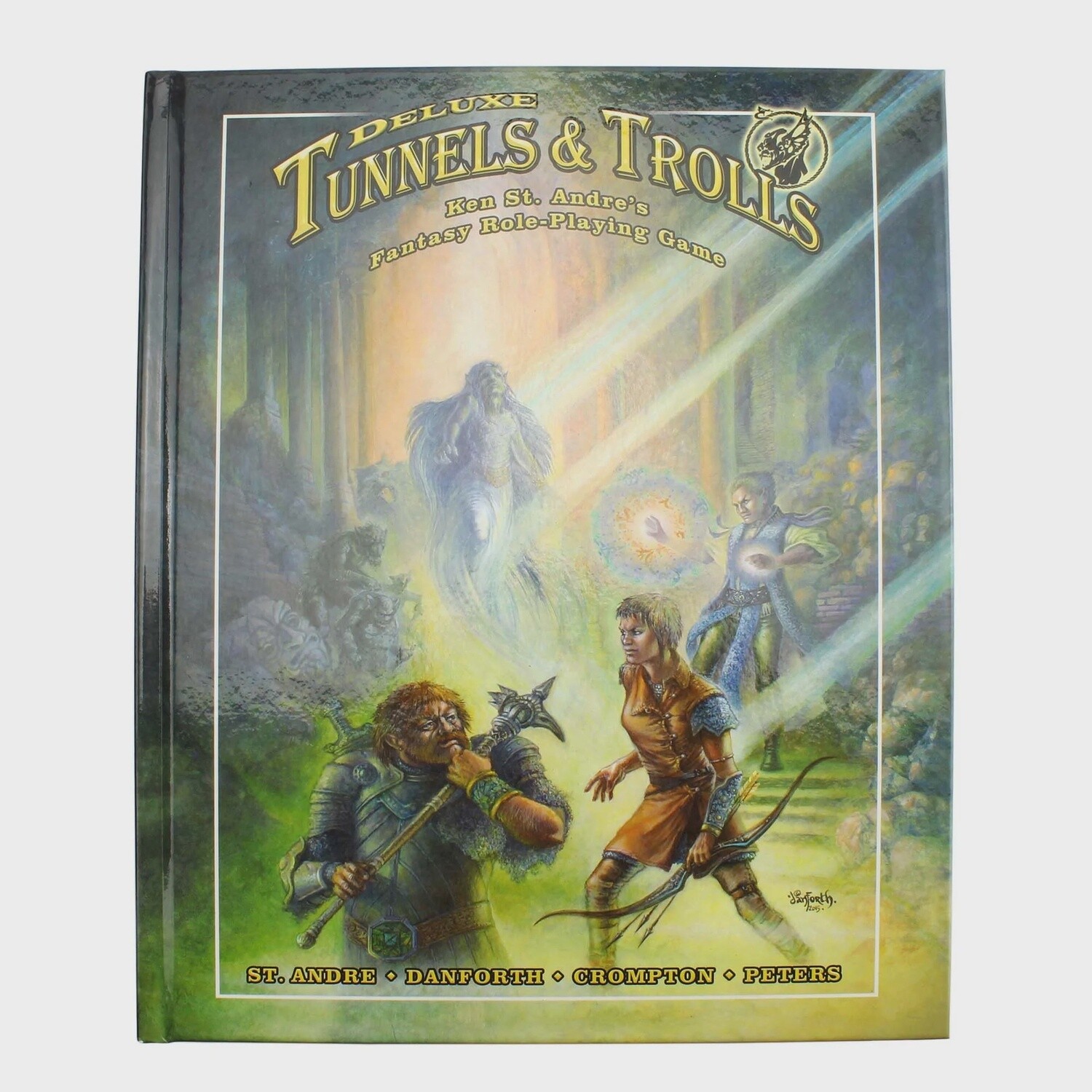 Flying Buffalo's Tunnels and Trolls is a tabletop role-playing game suitable for beginners and veterans alike. It was first published in 1975 during the dawn of role playing games. This re-written, deluxe hard-cover rule-book is much more in depth than some of the original texts featuring a look at complete rules for playing as a hero or a game master. It also features maps of Trollworld and classic artwork from the game's early days. As always, Deluxe Tunnels and Trolls calls on your imagination. Create your own adventures, or explore Trollworld itself.

Save this product for later
Display prices in: CAD